About Campaign Against Discrimination in Budget Allocations

According to the Central Bureau of Statistics, as of August 2020, 1.945 million Arabs live in Israel, constituting 21% of the country’s population. The Arab-Palestinian citizens of Israel have suffered since the establishment of the state from budgetary discrimination in many areas, which has led over the years to significant gaps between Jews and Arabs in the country.

This situation is not only inconsistent with the principles of a democratic state but also undermines the social and economic resilience of the State of Israel, and therefore requires a fundamental correction.

Although the average investment in Arab students has risen steadily since 2014, the gap between Jewish and Arab students is still significant.

The ability of parents of young children, and mainly of mothers of small children, to integrate into the labor market depends on a number of factors, one of the main ones being the accessibility of day care centers.

Demographic analysis shows that the ultra-Orthodox population makes the most use of daycare centers, with 41% of households with children of the relevant ages in some form of daycare. In contrast, for Jewish families (excluding ultra-Orthodox families) this rate is 16%, and for Arab families only 8%.

According to a recent study by the Taub Center, the lack of use of daycare centers in Arab society is related, among other things, to the lack of availability in Arab localities. Although since 2014 about 20% of the total annual development budgets have been allocated for the construction of daycare in Arab localities, this is not enough to reduce the existing gaps.

According to data published by the Ministry of Health’s Strategic and Economic Planning Administration in February 2020 (Hebrew):

The average infant mortality rate for the years 2014-2018 in Israel was 1.3 per 1,000 live births. Among Jews and (non-Arab) others the rate was 2.4 and among Arabs 5.4, which means that the figure among Arabs is almost twice as high as among Jews.

The chances of success in maintaining diabetes balance depend on a number of factors, some related to the quality of medical care and some to the characteristics of the patient’s lifestyle and behavior. Therefore, the fact that the accessibility of appropriate medical services in most Arab localities is limited significantly adversely affects the reduction of diabetes in Arab society and the ability to maintain the balance of Arab diabetics.

A study published by the Bank of Israel in September 2019 (Hebrew) shows that the level of service of public transportation in large Arab localities is about a third lower than in similar Jewish localities, and their relative situation has not improved since 2010. The researchers also point out that one of the causes of the large gap between Jewish and Arab localities is the fact that all train stations are located in the municipal area of Jewish localities.

According to data from the Ministry of Finance, the Ministry of Science, Technology and Space, Culture, and Sports’ budget for Arab culture in 2019 amounted to NIS 40 million. This is less than 4% of the cultural budget, although Arab citizens constitute about 21% of the population of the state.

From a speech delivered by the late Menachem Begin in the Knesset in 1962:

“Some say that we cannot give full equality of rights to Arab citizens… because they do not have full equality of duties. Yet this is a strange claim. True, we decided not to oblige the Arab residents, unlike the Druze, to serve in the army. But so we decided of our own free will. And I believe that the moral justification is valid… We believe that the Jewish state should have equal rights for all its citizens, regardless of religion, nationality or origin.”

From the words of the late Yitzhak Rabin at the Levy Eshkol Art Prize Ceremony, 1994:

“We are currently in the midst of a battle without cannons, in a war without fire, which will be perhaps one of the most important and decisive in the history of the Jewish people in recent generations: the war on the image of the State of Israel. We will have to choose between fanaticism, fantasies of greatness, corruption of moral and Jewish values as a result of controlling another people, blind faith, arrogance, ‘I and I alone’- and a Jewish, democratic, liberal way of life, with consideration for the beliefs of others. Even amongst us, as beside us, when each lives according to his own faith.

From the words of Reuven Rivlin, former President of the State of Israel, in his speech marking the 40th anniversary of the peace agreement with Egypt: 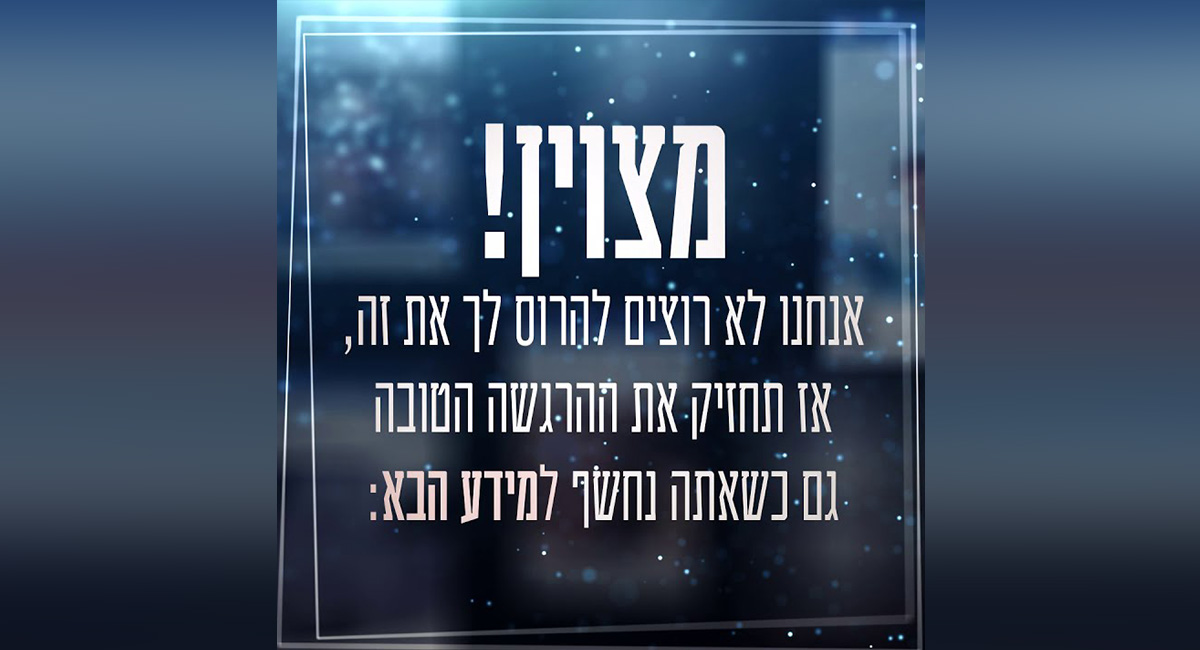 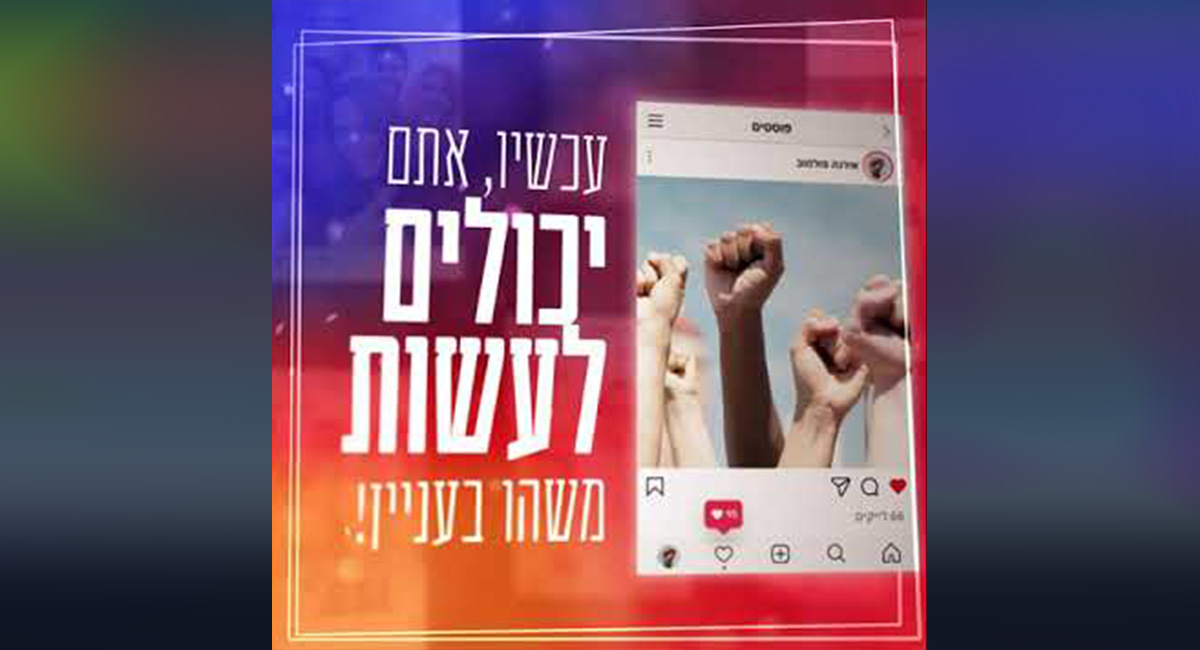 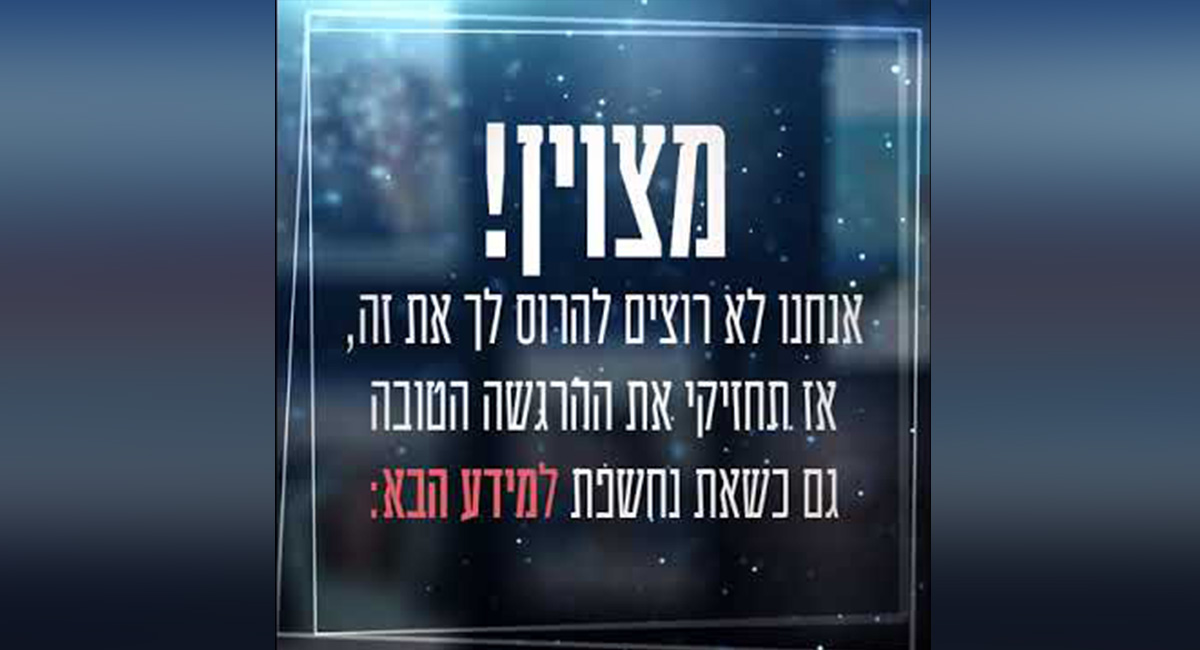